Easter must be the most exciting time of the year for a French chocolatier. With a reputation for elegant indulgence, Easter chocolate in Paris is a time to celebrate not only all things sweet but the absolute artistic merit … and crazy imagination of the artisan. For the French chocolatier it’s a time to go wild.

Meet the Daphne Egg: Chocolatier, Pierre Herme has resurrected the Greek myth of the beautiful nymph transformed into a shrub by his father to protect her from Apollo. Daphne is a new creation in chocolate, adorned with a Laurel Wreath, whose every delicate chocolate leaf is cut at the tip of a knife and filed by hand. (I would feel rather guilty eating this masterpiece, not in fear of the Greek gods, but of Herme himself for ruining his masterpiece.)

Another of Pierre Hermé’s indulgences, ‘La Poule d’apres François Pompon’ is a new tribute to the work of French animalist and sculpture François Pompon, whose salon debut in 1879 was of Victor Hugo’s Cosette (the fictional character of Les Miserable). In this instance, Hermé enriches his chocolate menagerie with a pretty hen of rounded forms in dark chocolate Grand Cru Pure Origin Madagascar, Plantation Millot – a leading producer of organic cocoa. New to the collection, the hen is inspired by the sculptures of Pompon, “its pure form is equalled”, Herme suggests, “only by the intensity of taste”. 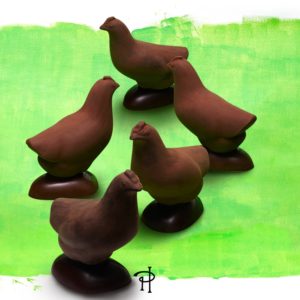 This Easter, Belgian chocolatier Pierre Marcolini has conjured up a world of mesmerising tricks where Japanese dolls magically morph into Easter eggs; where hand fans are made of chocolate, and miniature eggs resemble shimmering pearls. A French-Asiatic fusion where everything is beautiful as it is irresistible, Marcolini states. 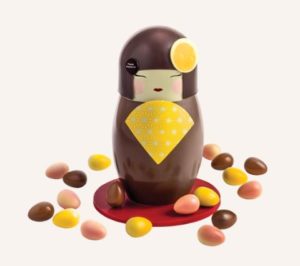 This “Poule Commode” is so shiney with chocolate oil it looks too good to eat – but imagine opening this gorgeous dark chocolate hen’s drawer to find  precious and delicious chocolate fritures (fish). 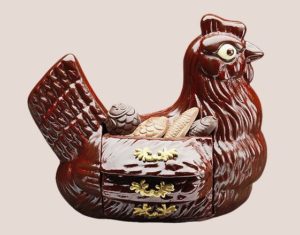 Ouef a la Neige or Snow Egg is a rich 68 per cent cocoa dark chocolate Easter egg on a set of silvered chocolate skis, covered with a hat also of dark chocolate. This original egg is filled with dark and milk chocolate fritures (chocolate fish). Y-u-m. 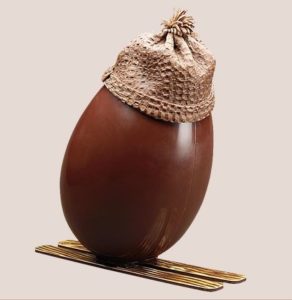 Founded in 1761, A La Mere de Famille has created Les Yoeufs de Paques, a play on words with eggs and eyes. “You have the most beautiful eggs … to devour in the blink of an eye,” it states in its comic description of the milk, black and ivory egg set that includes Madagascan vanilla and chocolate. 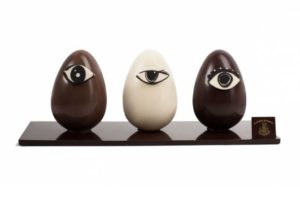 Meet Jacques Genin’s Dream eggs. “Because Easter is a world to take away. This year, dark chocolate welcomes thoughts. A little, a lot, passionately … you pick these little faces made of flowers, to hide in a grove. For Easter hides itself, like a secret.” Say no more. Easter is the time for the chocolate artisan … they dream big … and they create dreams for us. 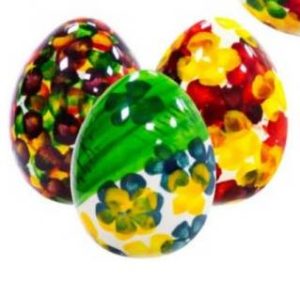 Chefs at the luxury Parisian Hotel Prince de Galles Stéphanie Le Quellec and Nicolas Paciello unveil their paschal work, a hanging Easter egg ‘The Hive of Prince de Galles’ made from pure bitter Equadorian chocolate and delicately sweetened with nectar of the bees. In its heart, hide six mini tablets filled with three varieties of honey: a Fontainbleau honey of acacia vintage 2015; a Forest of Chantilly honey of linden vintage 2015; and a Cevennes honey of White Heather vintage. 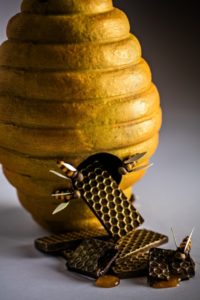 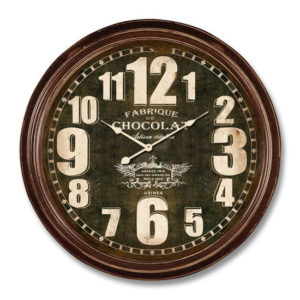