This French Onion Soup is hearty, rich and so easy to make. It doesn’t take long and if you follow this recipe the only thing that will make you cry is not the onions but your first mouthful. 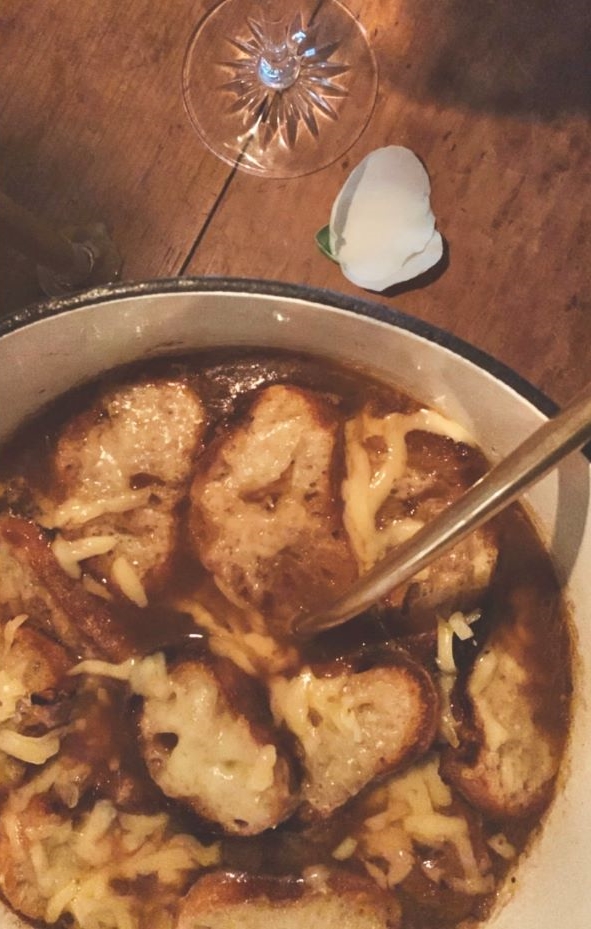 When I was a child my mother would avidly follow the Women’s Weekly Cookbook recipes making Australian versions of traditional French fare. Each winter French Onion Soup would be made and I would lap it up. The beauty of this recipe is the onion flavour disappears, or takes on the flavour of the other ingredients, and so even little fussy eaters will say merci when it is served.

The trick to making good French Onion Soup is having a fresh baguette, and a rich stock and melty French mountain cheese like the gruyere – i chose a combination of gruyere and raclette cheese for this version. 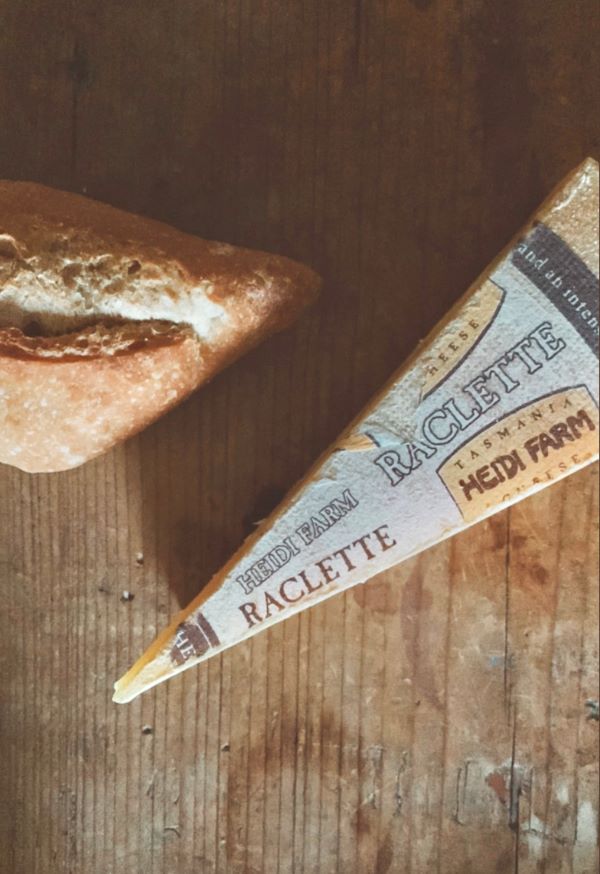 Ingredients to serve four with leftovers

8 cups of quality beef stock or consommé – the stock can be bought at the supermarket. 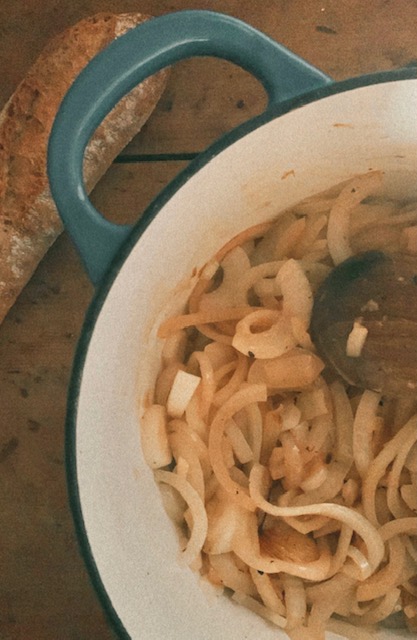 Prepare onions and garlic, add 140grams of butter to a heavy based heated saucepan. Add onions and garlic and cook until golden brown, stirring regularly. Sprinkle over the flour through a sieve and stir. Add masala, stir, then stock and water. Bring to a boil, and then simmer for about 45 minutes until soup has reduced. Test every now and then for flavour and also liquid levels. If it appears to be getting a little too thick add in half to a cup more water. 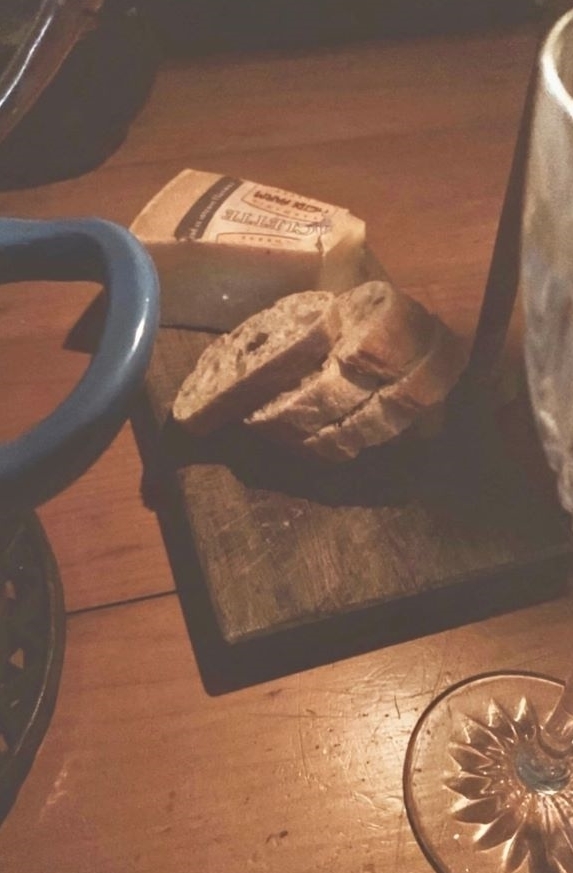 Meanwhile, slice the baguette into 1cm pieces allowing about 4-6 pieces for each serving. Melt the remaining butter and add the remaining crushed garlic. Brush each baguette piece with the garlic butter. Place on a slide of foil under a grill butter side up until the butter has melted and the baguette is golden. Remove pieces of grill and turn upside down.

For the melted cheese there are two methods: The first method is to press about a teaspoon of the grated gruyere or raclette cheese on the soft side of the baguette slices. Place under the grill and melt. Add soup to each serving bowl and add on top the melted toast cheese side up. Sprinkle over a little more cheese depending on how cheesy you want it. Serve.

Or, ensure soup is in an oven proof saucepan or bowl. Place the bread soft side up over the soup, sprinkle over the cheese and grill until the cheese has melted and serve to individual bowls.

Voila, either way it will be hearty, healthy and delicious. 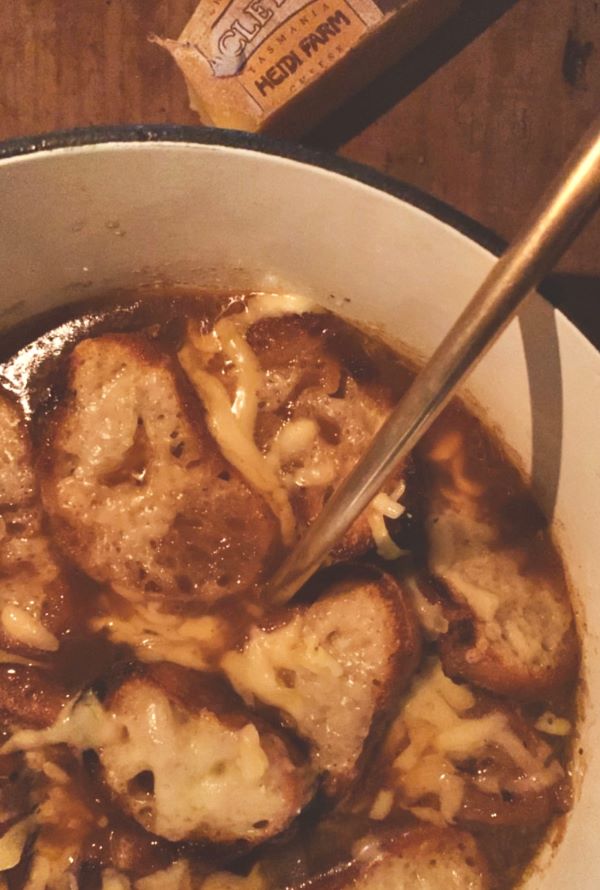